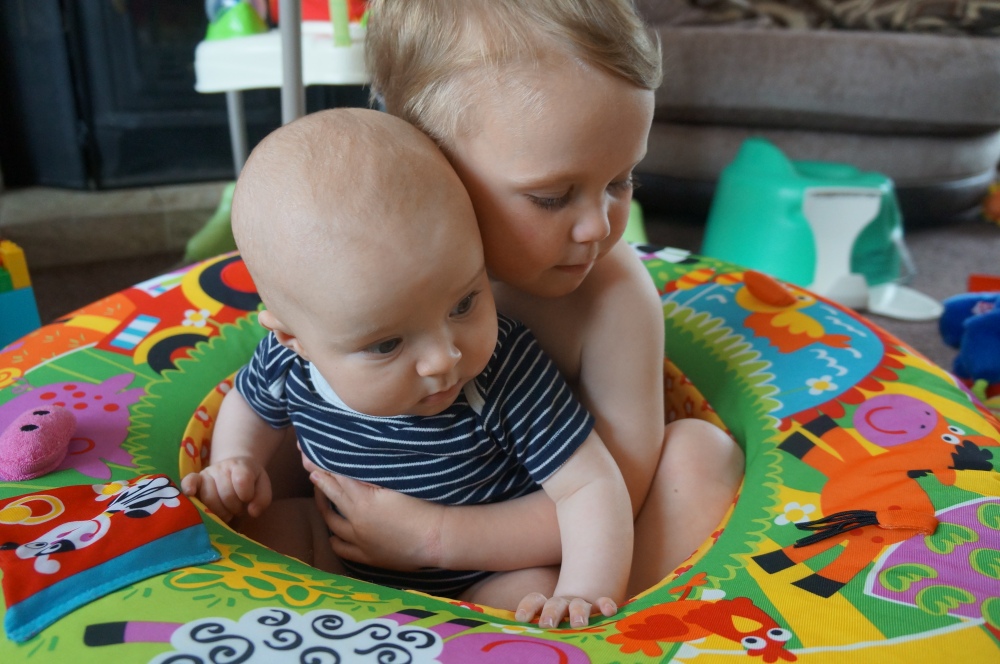 Did you notice the giant hiatus in blog posts?  About 3 months worth?  Well, it turns out that’s how long it takes to adjust to having 2 children!!

Yes, having 2 children is tough!  There is no time to rest, no time for yourself.  There’s always something to do / something to clean / somewhere to go.  Nappies are endless.  Bedtime takes forever (I’m like a yo yo between the two of them crying!).  But of course, it is wonderful seeing them interact.

As well as having 2 children, we have also moved house and I turned 30.  So it has been an eventful few months!  Needless to say the unpacking is still not finished, and we haven’t even got round to buying curtain rails to put curtains up.  But we are loving this new stage in our lives.  Now we are a family of four (FOUR!!), and we have a huge home with a garden and driveway and a back gate to the local park.  We have reached the epitome of family life! 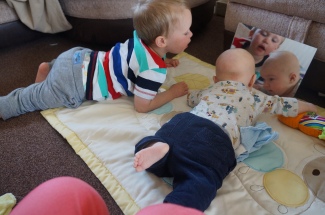 So, how are our little cherubs?

Reuben is in some kind of accelerated aging program.  He seems to age about a week in every day.  I turn my back for a second and he grows into a grown up boy!  It’s all too quick and I feel like I’m missing it. 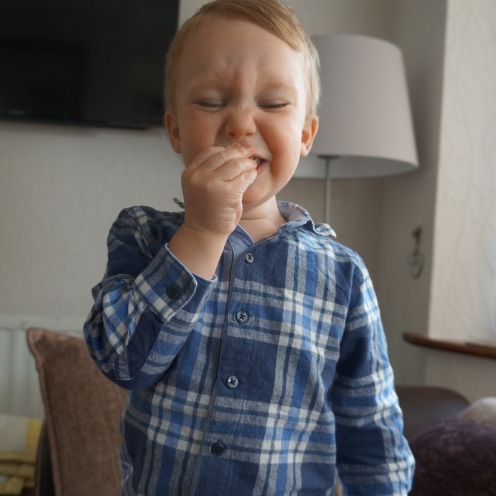 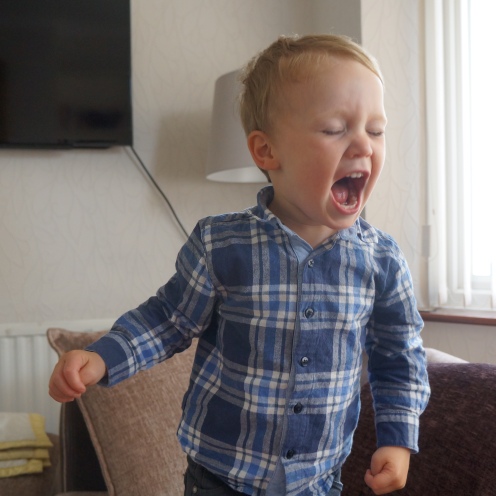 Reuben has started role-playing games, which means his brain has taken another leap.  We now pretend there are lions in the garden, we play pet shop and his trains going around the train track now go on adventures and catch fire. 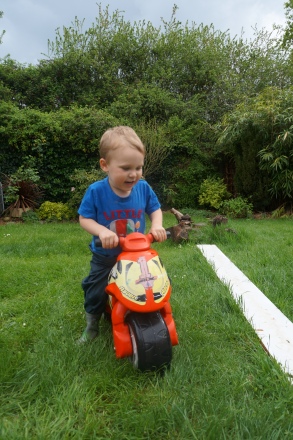 He has started recognising ‘R’ for ‘Reuben’ and enjoys spotting it around the place and in books.  He can count to 10 and recognises colours.  More excitingly, he now plays with other children.  It’s no longer just playing alongside them.  He actively engages with them and they play together.  A really heartwarming moment recently was when Reuben and a friend were fighting over a ride on train.  “It’s mine!”  “It’s mine!” was repeated over and over.  I am of the firm belief that children can learn to work our squabbles for themselves, and unless they get physical there is no need to intervene.  Thankfully the friend’s mum also has that belief, so we left them to argue and left the room.  In the next minute they both came in, both on the ride on train proudly announcing that one of them was the driver and one was the passenger!  How wonderful! 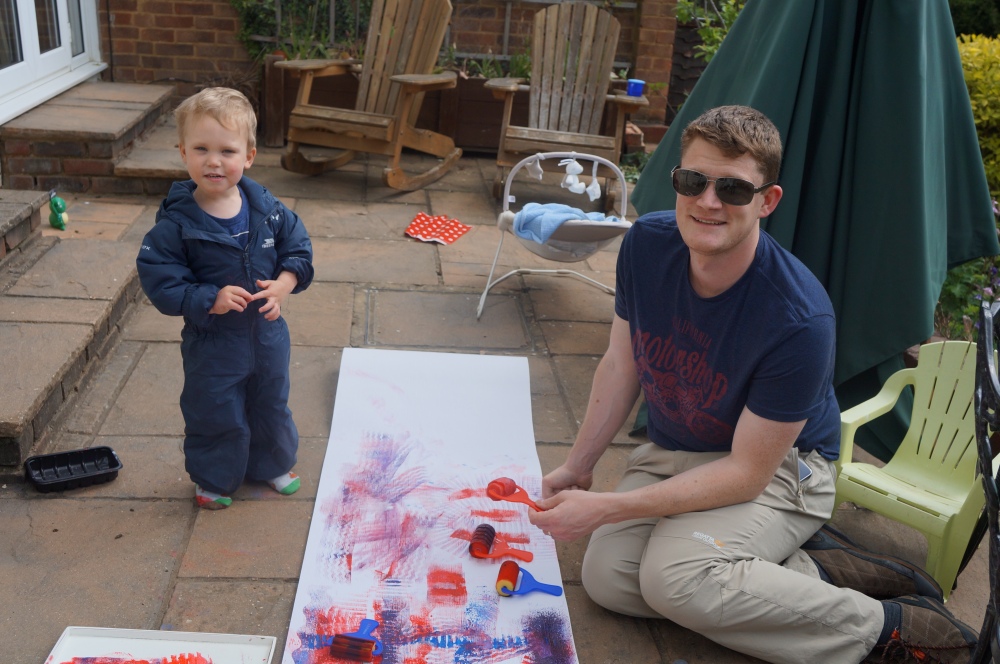 And how is Isaac?   He is growing more and more aware of what is happening around him and loves interacting with his environment.  His favourite thing to do is to watch Reuben.  Whenever Roo walks in the room Isaac reaches out towards him.  He just wants to touch him and play with him! 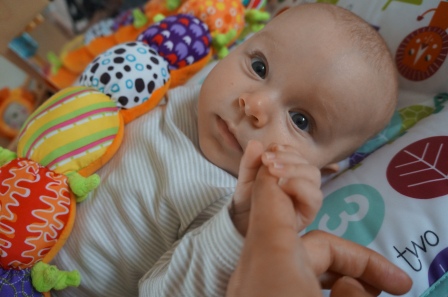 Yesterday I took Isaac to London while Roo went on a bike ride with Simon.  I thought Isaac would sleep on the train, and I was looking forward to some down time listening to music and looking out the window.  How naive!  Isaac was so excited!  He was jumping up and down and gurgling excitedly while on the train.  He was wide eyed, looking all over the place and flitting between excited and terrified!  It was so lovely to see him so interested and obviously enjoying the adventure.  He barely slept the whole 7 hours we were out the house.  There was just so much to see on the train and in London he sat in the sling looking out at everything.  He might be a city boy –   He was buzzing! 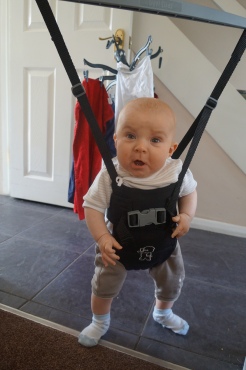 And how am I?  Well, I’m feeling like I’m finally getting to grips with this!

This morning was a successs!  I was kindly handed a baby and tea in bed by Simon at 6:30, just before he headed out the door.  Isaac lay on the bathroom floor and happily watched me shower.  Then I threw clothes on and gave Reuben a cuddle and put both boys in the bath.  Reuben and I breakfasted and then I plonked him in front of ‘Mr Tumble’ while I put Isaac back in bed.  Isaac finally  understands that screaming doesn’t help him fall asleep.  It’s best to shut up and, inexplicably, look to the left.  He fell asleep quickly and now here I am at 8:30, feeling rather smug and successful and attempting to type while Reuben finds ‘R’ on the keyboard.

Yes, we’re doing well, finally, after a manic 3 months.  It’s still very tough keeping on top of housework and getting everything done, but life is good 🙂 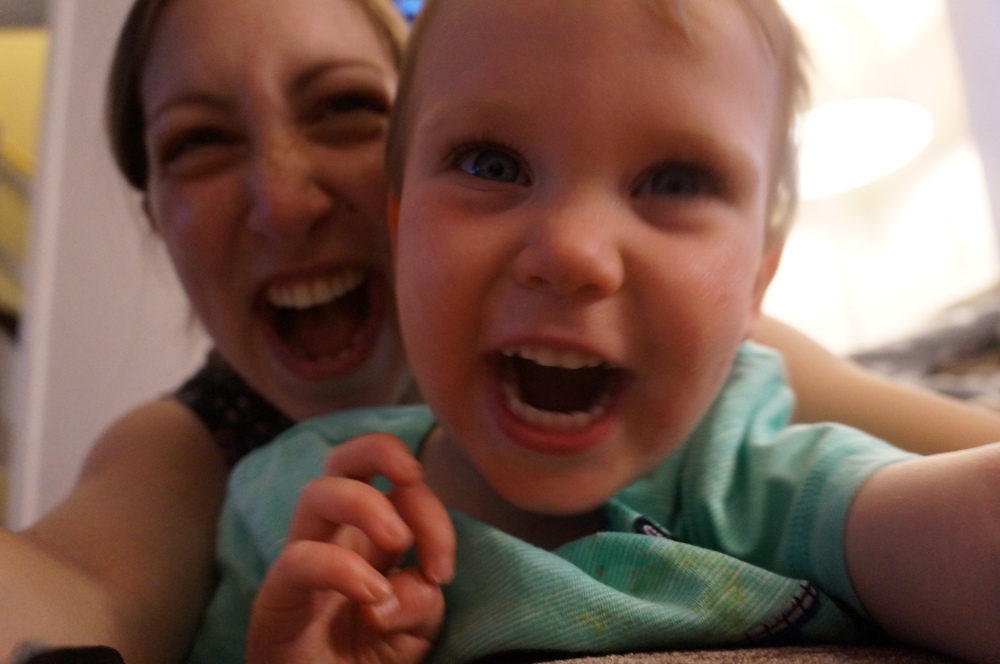